This summer, BattleKasters is coming to fan cons across the U.S. and our next stop is Comic-Con International: San Diego. That’s right, the mother of all cons!

At Chicago Comic & Entertainment Expo and Denver Comic Con hundreds of gamers, kids, book lovers and adults cast a spell and now, California will have its chance to play this new mobile game.

Find out what you can expect from our next stop and don’t miss your opportunity to play a unique adventure game in a beautiful city.

We are going to be in California during the peak of summer, who wants to be inside? During Comic-Con, we’ll be playing BattleKasters outside in the Gaslamp Quarter. Enjoy the ocean air (and a break from the crowds) when you play our location-based mobile game that takes you around the city.

Peruse the area while playing for a chance to win prizes! We have found that kids as young as ten and adults of all ages have enjoyed collecting digital trading cards, casting spells to change the game and closing the stonefire to save our realm. Take advantage of the chance to play in San Diego even if you aren’t attending Comic-Con.

That’s right… bears. During Comic-Con we will be bringing one of BattleKaster’s favorite characters to life. Look for Brunin the warrior bear wondering around the Gaslamp Quarter July 9th – 12th. He is most likely to be around the Gaslamp Museum and is a cosplay character you won’t want to miss. You can also purchase original Jonathan Stroh artwork of Brunin and talk to the BattleKasters team who will all be wearing Brunin shirts.

Did you know BattleKasters is based on a middle grade book series? The Legends of Orkney is a new fantasy book series that is perfect for Harry Potter and Percy Jackson fans.

The first book in the series, The Red Sun, doesn’t officially come out until August 4th, but you have a chance to win a copy or buy a copy during Comic-Con.

For attendees, you also have the opportunity to meet the author, Alane Adams, inside the convention and get your book signed.

If you haven’t heard about BattleKasters yet, Comic-Con International is a great opportunity to discover more. The game was created by Artifact Technologies, a mobile development company who built an innovative gaming experience on top of their location-based Mixby platform. This app-based game is free to download and a great offsite Comic-Con activity to participate in while you’re in San Diego.

Also take advantage of the opportunity to learn about the literacy purpose behind the books and the game. Become a part of the movement getting kids to read books cover to cover. 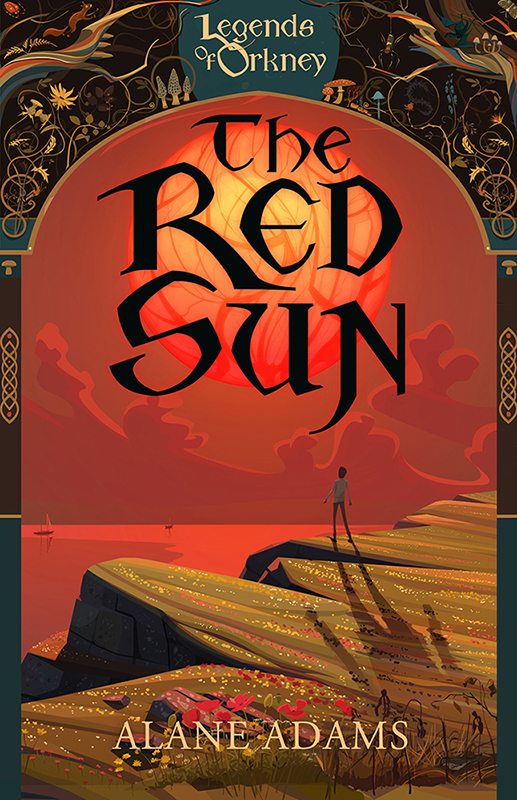 Check out The Red Sun, book one in the Legends of Orkney series and the inspiration behind the BattleKasters game.

Sign up to discover where we’re playing BattleKasters next!